Did Warren Buffett Really “Destroy” the Case for Gold? 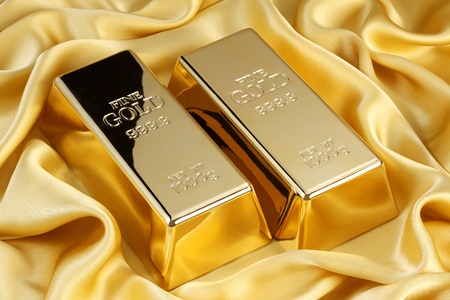 Last month, Warren Buffett, in his annual letter to Berkshire Hathaway shareholders, along with a preview for Forbes.com titled Why Stocks Beat Gold and Bonds, took aim at the gold “fondlers” and explained to the world why investors would be better of purchasing investments that are already held by Berkshire Hathaway, such as Coca-Coal and IBM.

Perhaps the only thing more outlandish than the assumption that Mr. Buffett based his arguments on, was the reaction of some in the anti-gold crowd.

According to the He-Man Gold Haters Club, gold supporters are “misanthropes” (thank you Joe Weisenthal) or guys “guys with metal detectors and John Birch memberships,” complements of Jared Woodward.

Well, apparently, Warren Buffett has delivered salvation to the haters. But did he really “destroy” the case for gold as they proclaim?

Far be it from me to tell anyone that they shouldn’t listen to the Oracle of Omaha, but I would also be confident in advising you to take a lot of things Mr. Buffett says these days with a grain of salt.

For some time, Mr. Buffett has been engaged in the business of legacy management.

John D. Rockefeller famously had his picture taken handing out dimes to children, Buffett gets photographed while sipping milkshakes, and incessantly complains that his taxes are too low.

You see, Uncle Warren may be in the 1%, but he is a really swell guy. He’s just like you and me.

While I won’t go so far as to claim that Mr. Buffett’s arguments against gold come from the PR and legacy building departments, the assumptions they rely on are with all due respect, more than a bit bewildering.

The Oracle tells us that the real battle in the game of investing is to increase purchasing power, net of inflation and taxes. There are, of course, no arguments on this premise.

Mr. Buffet, however, is apparently under the impression that mere mortal investors have a time frame of one hundred years. I have never come across an individual (or institution for that matter) with a hundred year investment time frame.

Come to think of it, for Mr. Buffett, one hundred years would be akin to day trading. He often proclaims that his favorite holding period is “forever,” which allows him to avoid capital gains taxes. (I would love to see a journalist ask him if he would be inclined to shorten his “preferred” holding period if the capital gains rate was raised, as he endorses).

As for the question at hand, Mr. Buffett acknowledges that “Governments determine the ultimate value of money, and systemic forces will sometimes cause them to gravitate to policies that produce inflation.”

He goes on to write, “In God We Trust may be imprinted on our currency, but the hand that activates our government’s printing press has been all too human.”

Read: Friday Humor-Drunken Ben Bernanke tells Everyone at Neighborhood Bar How Screwed Up Economy Really Is

Buffett, then argues that productive assets are a better choice than gold when confronting the evils of inflation. In addition to farms and real estate, he mentions two stocks, Cocoa-Cola (KO ) and IBM (IBM), that “should have the ability in inflationary times to deliver output that will retain its purchasing power over time while requiring a minimum of new capital investment.”

But a look at history tells us that these two stocks did not fare so well (in terms of purchasing power) during the highly inflationary decade of the 1970s.

In fact, an investment in Coca-Cola with dividends held from January 1, 1970, to December 31, 1979, actually lost 45% of its purchasing power, even though it enjoyed a double-digit total “return” for the decade.

Buffett’s other pick, IBM managed to lose only 42% of its purchasing power, which was right in line with the S&P 500. Granted, an investor who managed to hold on through the following decade would have seen the picture change dramatically. Still, we are back to discussing time frames and liquidity needs that the mere mortal class of investors need to consider when it comes to real-world investing.

Making an “investment” in gold in 2012 is not the easy play it was in the 1970s, or for that matter, the early part of this century. While gold is not in the bubble territory that the He-Man Gold Haters Club proclaim, it is no longer cheap. It should also be said that when gold was in the $400 to $700 range, it was much easier for investors to overlook the fact that long term gains in gold don’t receive the favorable long term- capital gains rate.

Gold should be viewed as more of an insurance policy than a traditional investment. Surely Warren Buffett understands the logic of insurance. After all, Berkshire Hathaway is one hundred percent owner of GEICO, General RE, and several other insurance companies.

At today’s stock market level, if gold returned to even half of the valuation (in terms of Gold to S&P Ratio) of the 1980 peak, gold would be priced in the ball park of $3,500. This is not a prediction, but an observation of what an actual bubble in gold might look like. Indeed taking it back to the 1980 peak valuation would put gold at $7,000.

Of course, the haters would rightly counter with the fact that the flip side of the Gold/S&P valuation coin would put gold in the neighborhood of $280 at today’s S&P level. What makes the buy, sell or hold question so tricky when it comes to gold, is that the current prices exist without the inflation seen during the ’70s

While Mr. Buffett hardly “destroyed” the case for gold, gold does appear to be more fairly priced than some of us misanthropes would acknowledge. At the same time, history has shown that investors need to be careful of the idea that stocks will always provide the best inflation hedge. It is not at all unreasonable for an investor to think that governments around the globe will continue significant inflationary policies in response to the budget and debt issues at hand.

As is usually the case with investing, there is rarely a right or wrong answer. All investors have different needs and personalities, and as the saying goes: all things in moderation. The “misanthropes” among us need to recognize that while gold may still go significantly higher, it is no longer cheap. Especially if you consider that current P/E stock market valuations are the lowest they have been in some time. The Haters need to realize that governments have been sticking it to the citizenry via inflation for centuries, with no reason to think it will stop now. When that happens despite what Uncle Warren tells us, there is no guarantee that stocks will be the best bet.

At the time of the article  Barnhart Investment Advisory model portfolios, clients and principal were long the SPDR Gold ETF (GLD), the iShares Gold ETF (IAU) and the PowerShares DB Gold Fund and as well as long various equity and Equity Index ETFs.

Like Loading...
« Yield Shopping: The Most Expensive Shopping You’ll Ever Do
Give a Man a Fish Feed Him For a Day… »

3 thoughts on “Did Warren Buffett Really “Destroy” the Case for Gold?”